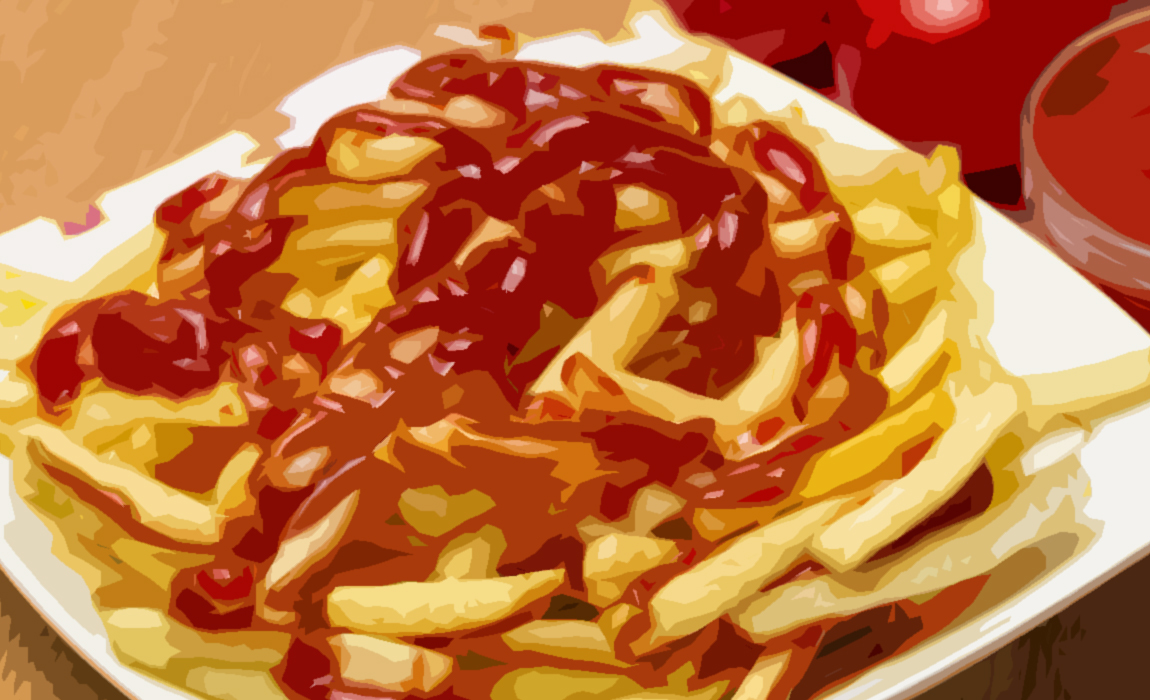 Ketchup is a condiment sauce meant to be used in foods. Generally, they're used on several types of foods such as the iconic hotdog, mainly used on and for hot foods. Think of McDonalds and their Happy Meals with their hamburgers and french fries and put ketchup on them.

Back in the day, the Chinese composed it out of pickled fish and spices while calling it kôe-chiap or kê-chiap. It made it's way into Malaysia where the colonist from England tasted it and took it into the American Colonies while calling it Ketchup.

The standard ketchup is made out of tomatoes, vinegar and with potential addons such as onions, allspice, coriander, garlic, cloves, cumin, and mustard. 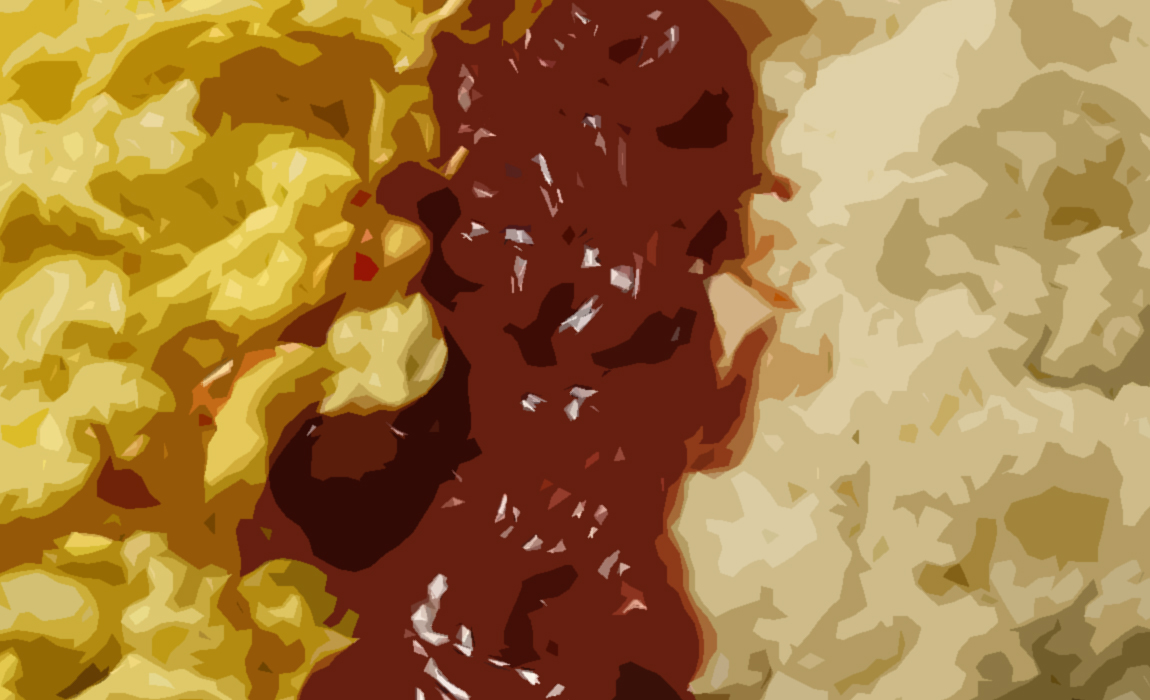 Ketchup can be misused for various things. The type of foods you don't generally see it on is fish, most asian dishes since they use sriracha sauce, and do not mix it with mustard or guac since it will lose it's taste. 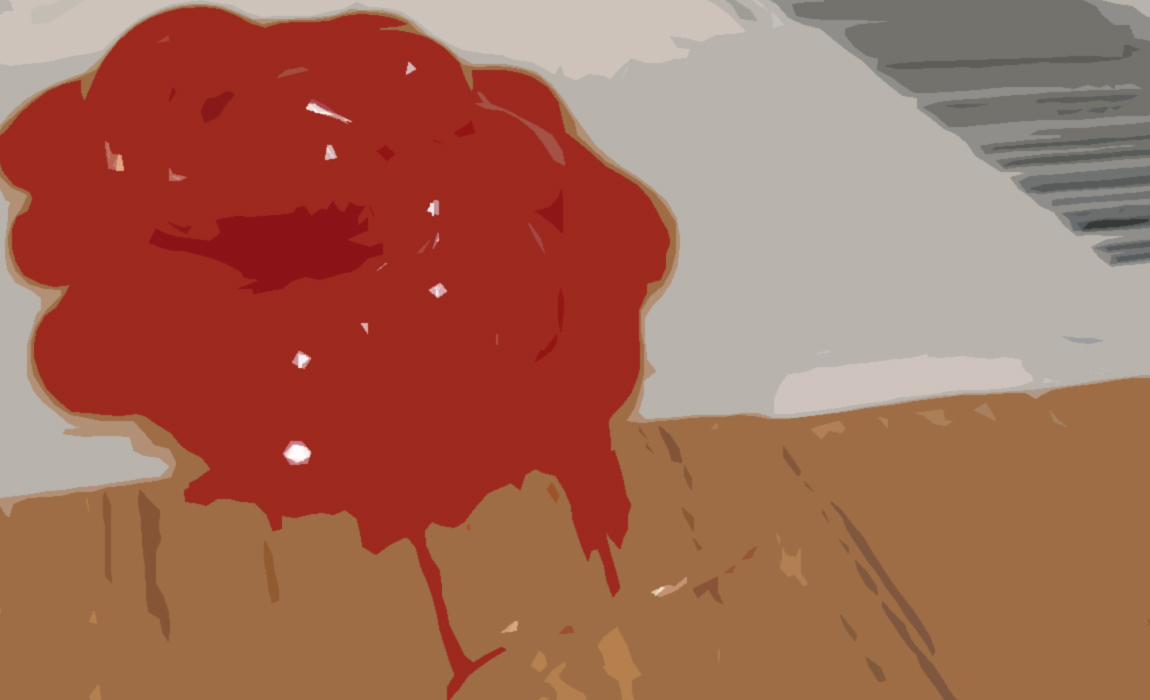 You're wondering what happens when ketchup and water mix like female and male chromosomes do to make a offspring. Basically, if you refer to what ketchup is not used for then you would know that with a good mixture then you can make fake blood for acting - it is too bad that they use special effects for most films nowadays.

Considering that there no research subjects of ketchup being used with water, we're going to settled down with the Cartesian Diver bottle trick.

To put in a term sentence or two, it can float when the bottle isn't pressed and it sinks when it has been pressed. Though, it is basically in a packet and acts like a switch for a light, nooooo... 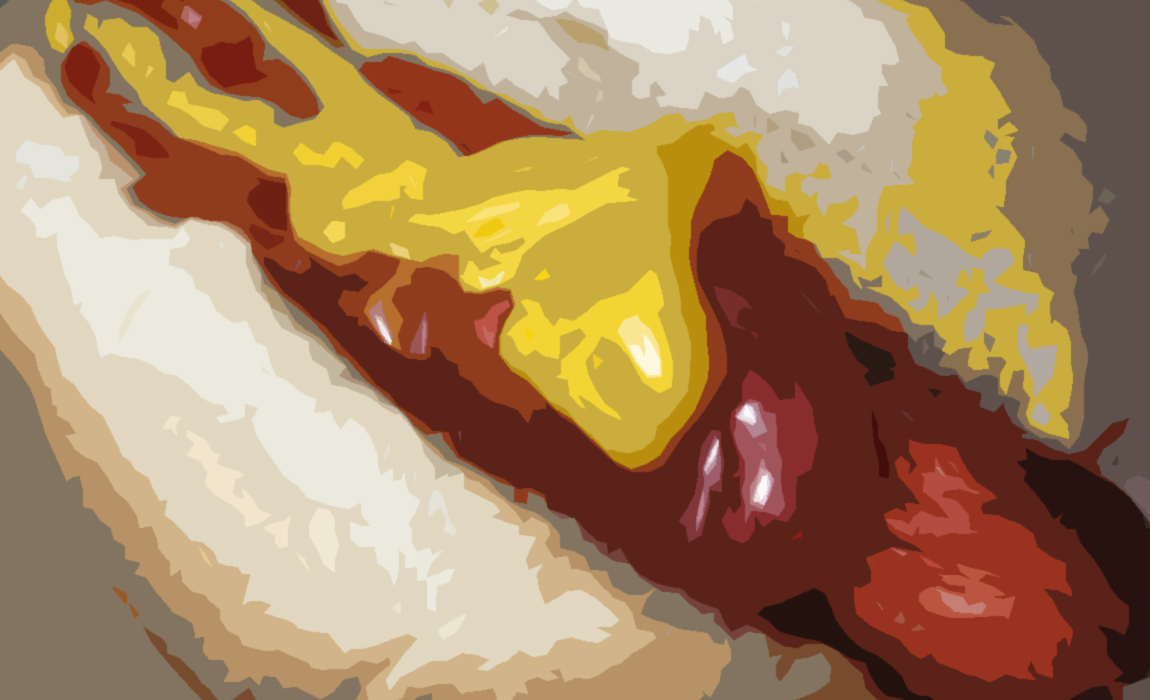 Mustard is a condiment sauce used in foods. They're used for general use on several foods such as hot dogs, most American fast foods, glazes, other sauces and soup. Think of this, it's just yellow ketchup with a more sour taste to it like drinking whiskey or wine.

The history is varied and unconfirmed. The Romans themselves most likely exported mustard into and in 10th century France. Accounts of mustard existed in the 14th century in Britan. Lastly, the French introduced it in the United States in the 20th century.

Mustard is made of mustard seeds, water, vinegar, lemon juices, wine, and salt with optional spices. 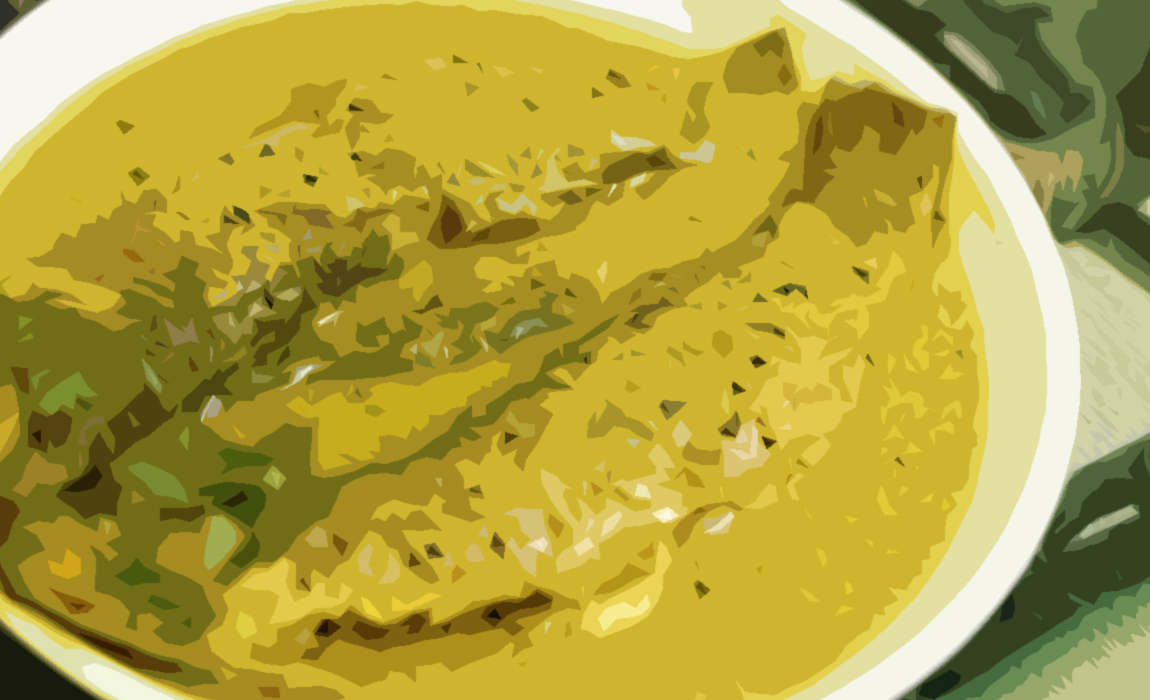 Like ketchup, it's yellow counterpart can be misued for a number of things. You don't see it used on anything related to cakes, cupcakes, anything with baking. Despite mustard having different types of itself, it's not ever used on fish. Do not mix it ketchup or guac since it'll lose it's taste but you're fine with other mustards.

For non-foods, you cannot use it as blood because it's yellow nor using it as a substitute for the yellow crayon. Also, don't mix it with the soil or Play Dough. On clothes, it'll be a yellow stain and it'll be just as hard to get rid of.

Who knew that a bunch of seeds can make a condiment similar to ketchup which uses tomatoes. 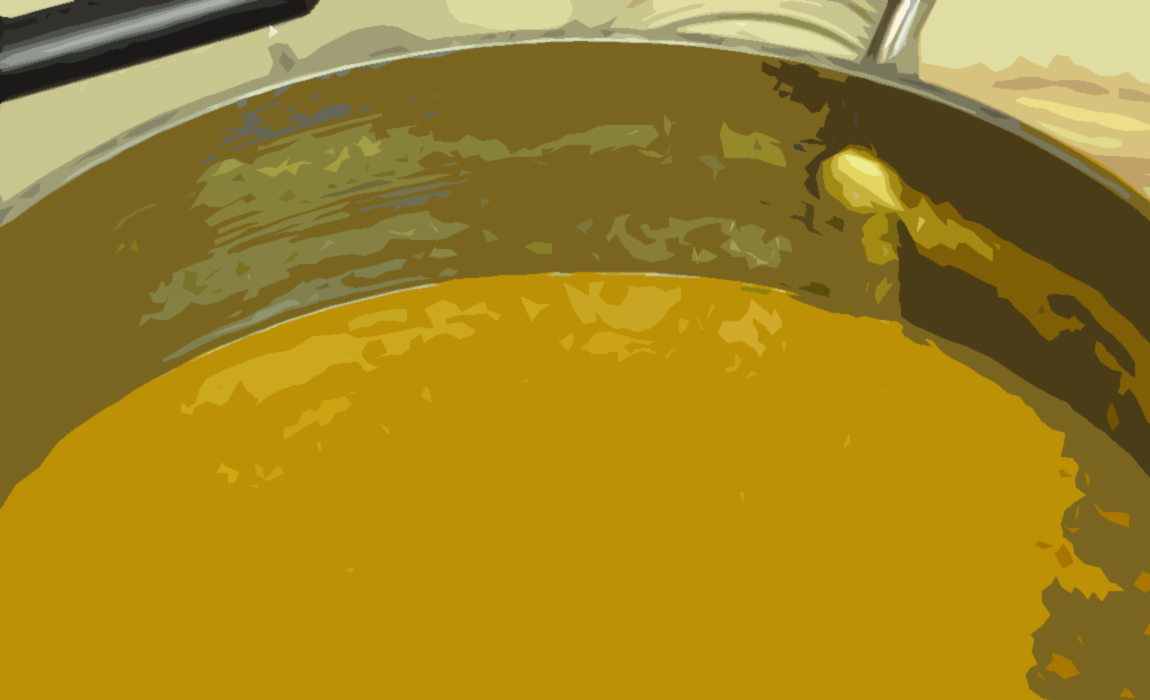 Just like water and soil, mustard can mix with water. Unlike it's red counterpart, it has documentation and video representation of water and mustard being mixed. Mix it with water and drink it and you'll see what happens to your body.

Drinking it will cause some sort of reactions that will cause your body to eject the insides of your belly from your mouth. From oniline researching, mustard and water will create mustard water which is used to make the drinker potentially sick after drinking certain amounts of it.

So, it's potential to make their drinkers sick is amazing. Though, it could be used in the wrong hands such as models or ones with gloomy mindsets. 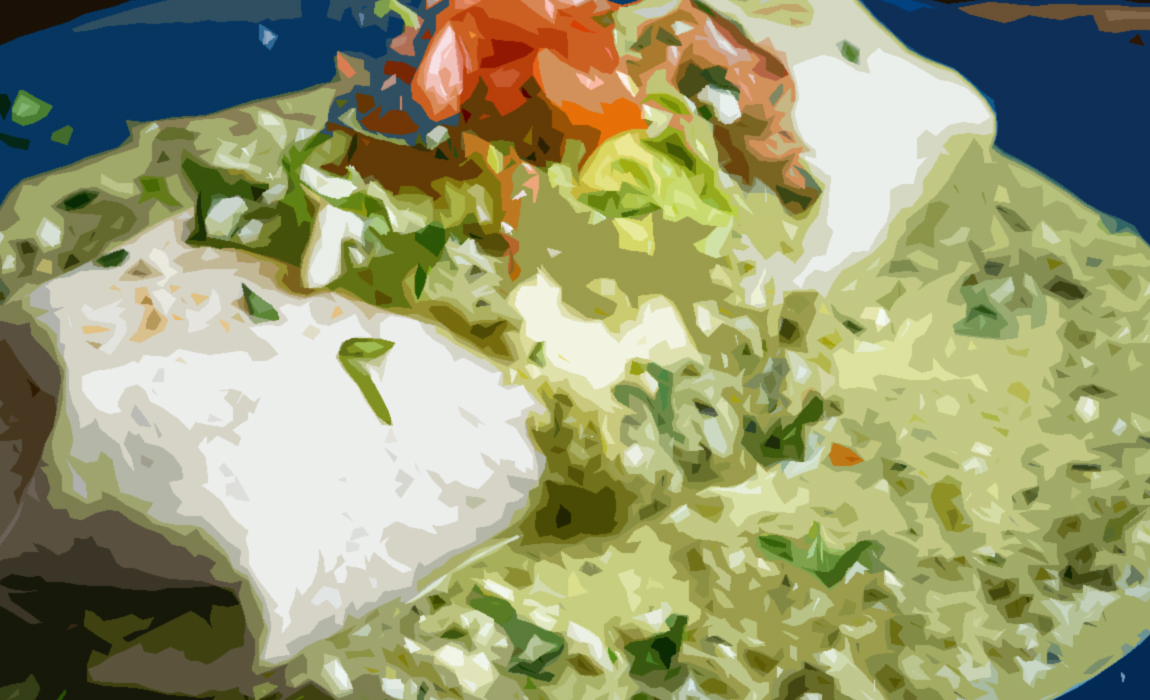 Guac or Guacamole is a green condiment meant to be used in all sorts of foods. Generally, they're used Mexican based foods such as tacos, burritos, and the sorts. They're also used in American foods too. Think of dipping Doritos or Lays into the ground and say it'll be fine.

In South American history, da Aztecs used it as something for their foods or cultures. The information regarding it's development is fogged in history.

The Guac is made out of avocados, sea salt with mortar and pestle. Along with optional choices such as tomatoes, onions, garlic, lemon, lime juice, chili, cayenne pepper, or cilantro. Also, peas and sour cream are sometimes used as an main addition. 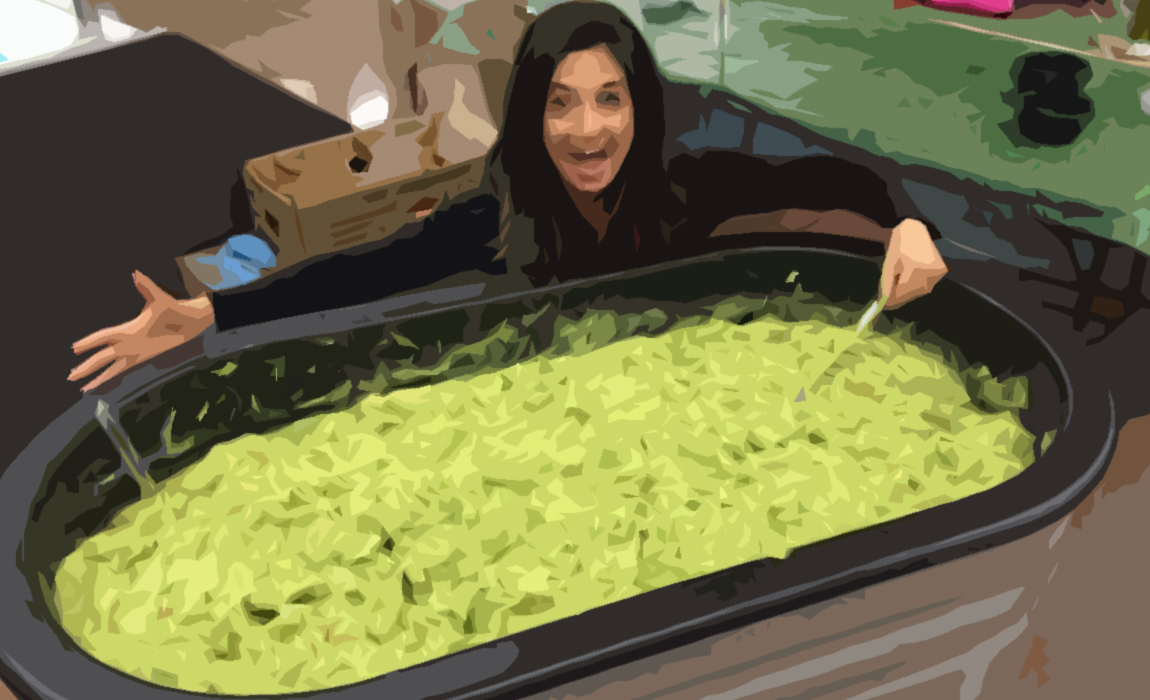 Guac is misused for a handful of things known to humankind. For misuse on foods then it'd be trying to fill up a donut and it's all mighty hole or putting it in your cola drink. It's a terrible thing to slap it on a McDonalds burger or smearing on it a cake.

For non-foods, do not use it as ammunition for your water gun as it is super duper dense, thick and heavy and it could jam the water gun. Do not attempt to bathe in it despite it being used for facial usage. Do not try to use it on your pets as it could make them sick.

Who knew Avocados could be such a selective evil that can rival the likes of Ketchup and Mustard. Though, it's very popular in the United States. 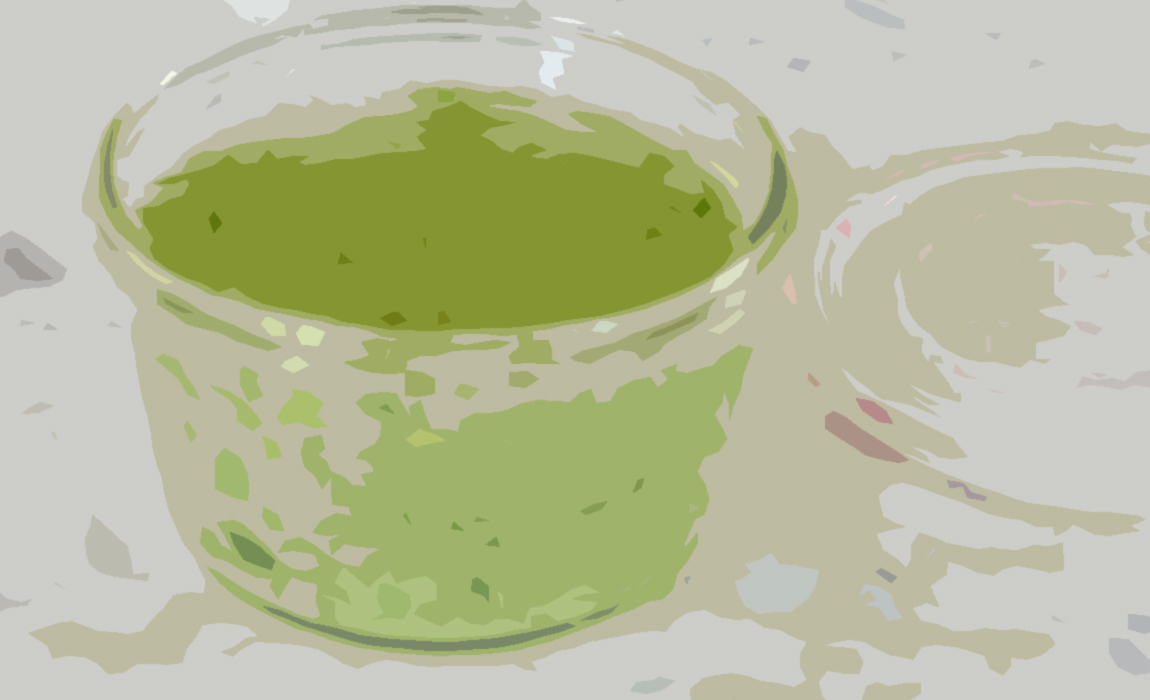 Water can be used on the guac for various reasons. Though, it's main use for water is to keep it from spoiling unlike it's yellow and red counterparts that are kept in a closed bottle or packet most of the time. When it spoils, it turns into somesort of brown color that indicates that it isn't safe to really eat nor use on your face.

The water is dipped into the Guac and it's container for who knows however long it may be for it to be kept fresh. Said waters seems to be like a fridge for the guac or like the bread for the cheese.

It extends the guac's life for about three days longer. Unlike how mustard makes people throw or how ketchup can be used for fake blood for acting.

What is Ketchup, Mustard, or Guac?

The "Ketchup, Mustard, or Guac" website is a not-so-serious informational website on the three taste condiments it's named after which is just Ketchup, Mustard, and Guacamole. The site itself starts out with facts and history behind what made them exist, how they became so popular and who got them there. On the other hand, there are some non-factual information such as what to not use it on and what each of them does it with water.

What inspired the creation of this website and the project that created it was a wacky concept from a television show's skit of a kid putting ketchup in water and drinking it. I think it was in the early 2000s or mid-2000s and on KERA's PBS Kids show program, or Qubo, or something like Family Guy. Aside from that, I had to think of something that would fit the concept and think of a way the website could be built.

The simple design, bread-like color scheme, and the minimalist images were ideas in mind for the concept. Think of Subway or Chiplote and their gimmick of customizing a meal suited to your choices and preferences, the first thing that Subway ask their customer is what type of bread should be used and I went with the idea. Seeing the first thing in both choices are the color brown, both of them have a mixture of ketchup, mustard, or guac in their selection choices. The images and design are simple and minimalist just like how a simple piece of a six-foot flatbread can have multiple choices on it.

My name is Victor Ho and I am a front-end developer who uses HTML5, CSS3, Javascript with small hints of JQuery and use the front-end framework called Bootstrap. I specialize HTML and CSS and I do some graphic design work, though most of it is editorial. It's quite fun when you actually get into detail about the smallest things.

Born in the city of Dallas with two sisters, one dog and two parents and living in the Dallas County. My hobbies and interests are kung-fu, tai-chi, biking, drawing, watching Mecha anime, and writing. I play role-playing games and mobile phone games.